A Duvet Helps You Sleep Better (Check Out Our List Of The Best Duvets!)

How comfortable one’s bedding is usually tied with the quality of sleep one gets. What goes on top of your mattress, sheets and pillows are as important as everything else when sleeping. If you find it impossible to get some shut-eye despite how tired you feel, perhaps it’s time to consider adding a duvet to your collection of linens.

What is a duvet, you ask? Continue reading to learn more! We’ll give you a quick history lesson, and you’ll even know how to differentiate duvets and comforters. We also give you a list of the best duvets money can buy!

What is a Duvet?

In the United States, a duvet is sometimes referred to as a comforter. However, the two are slightly different– we will get to distinguish them in a different section of this article.

A duvet is essentially a type of bedding that is somewhat a soft, flat ‘bag’ filled with down, feathers, wool, or a synthetic alternative. These duvet inserts tend to be very light and fluffy, making it an effective thermal insulator and, therefore, are great for keeping the user warm and comfy without having to use extra blankets and bedding.

The History of the Duvet

Initially, duvets were difficult to sell in the mass market. It was, then, new and uncommon, and they were quite expensive.

The invention of the duvet dates back to 1689, where diplomat and merchant Paul Rycant had visited Hamburg, Germany at the time, and slept under stuffed coverings. He had sent bags of eiderdown, complete with instructions on how to make the duvet, to his friends in England, as well as tried to sell the product. The efforts failed because goose or duck down was quite expensive and the idea of filling one’s bed, or blanket, with eiderdown, was completely foreign to the people.

The duvets did reach the UK over time albeit was still regarded as an expensive niche product.

In 1841, The Times featured an advertisement for the “elderdown quilt or duvet” and, in the 1950s, the renowned department store Harrods began selling duvets. However, it was not until when the interior design chain Habitat opened in 1964 did duvets hit the mass market. Habitat promoted it as a convenience product that allowed users to make a bed in around 10 minutes and was sold initially as the “continental quilt”.

Later in 1972, The Times featured duvets again, only this time addressing its high cost in a ‘special’ offer: “There is no getting away from the fact that our continental quilts, offered today to readers of the Times, are quite expensive.” This was because the duvets, being filled with duck and goose down, cost £19.95 for a single and £24.95 for a double; this is equivalent to £252 and £315 today, respectively.

Today, the market is filled with alternatives that have made duvets more popular than ever, which often includes those that are manufactured using synthetic materials.

Why are They Called Duvets?

The word ‘duvet‘ is of French origin, meaning “down” as in the first feathering of young birds. Down is basically the area beneath the outer covering of feathers, which can be found near the belly of ducks or geese.

The French word became adopted into the English language around 1759 when writer Samuel Johnson used the word in one of his contributions to The Idler series of essays.

As mentioned previously, a duvet is a type of bedding. Duvet inserts usually consist of down or other materials and providing warmth to the user. Often, the more luxurious duvets are filled with premium down feathers. These days, however, they are now often manufactured using less expensive materials.

On the other hand, a duvet cover is equivalent to a pillowcase for your pillow. The duvet itself is protected from getting dirty and these protectors often prolong the periods between washes. It’s easier on your washer and dryer, too.

It comes in a variety of colors, prints, and styles and is made up of various types of materials such as cotton, linen, or silk, and can come enclosed with buttons or a zipper to keep the duvet in place. To work, the duvet cover has to be filled with a duvet.

Comforters generally have less stuffing than duvets and feel flatter and less plush than a duvet. However, it is still possible to find a comforter that is filled with down or other stuffing similar to traditional duvets although there tends to still be lesser fiberfill. As a result, during cold seasons, a comforter is usually paired with a blanket.

The most distinct difference is that comforters do not have a separate cover as a duvet does. The comforter, as a result, is often paired with a top sheet to maintain a layer between the user and the comforter.

Why Use Duvets Instead of a Comforter?

Duvets are easy to maintain and do not require frequent cleaning. This is thanks to how they are tucked away inside another fabric, making it less likely to get dirty and prone to stains. Often, it is likely that you will only need to wash its cover, rather than the duvet itself.

Duvet covers are easily machine washable. On the other hand, comforters need to be machine washed or dry cleaned, which can be a heavy chore.

The extra fiberfill in duvets keeps the user feeling nice and toasty when it is wrapped around them, making it effective for cold winter months. Comforters lack in this aspect, as they have less fiberfill and feel flatter.

What are the Best Duvets on the Market?

Most of the following duvets have been recommended by buying guide site Ideal Home, which have tested and picked the best duvets based on price range, level of comfort, overall quality, design, convenience, and tog rating.

A Quick Word About Tog Ratings

Duvets and tog ratings go hand in hand. This rating signifies the ability of a duvet, without a duvet cover, to trap air. It’s a simple rating guide. The higher the tog means that the duvet is more capable of trapping air and, therefore, makes the user feel warmer when using.

Luxury Hungarian Goose Down and Feather Duvet by The White Company

Ideal Home gave a rating of 5 out of 5 stars for this product. It costs £175 for a double.

The highlighted features of this duvet that made it rank the best overall are its lightness, even distribution of feathers, softness and luxury feel at an affordable price.

The duvet is available at three tog ratings: 4.5; 10.5 and 13.5. The range of tog ratings allows you to have one suited for summer and another for winter.

One feature that was appreciated was how the duvet included buttons and buttonholes around the edge which allowed it to be combined with another duvet of the same or heavier weight.

Make this a plush addition to your arsenal of bed linens for sleeping. Fluff it up and sleep like a babe!

Ideal Home gave a rating of 4.5 out of 5 stars for this product. It costs £22 for a single. Those on a budget will surely love to add this to their collection of bed linens.

What ensures that this duvet protects its user from developing a severe runny nose and frequently sneezing or other allergic reactions is that has received An Allergy UK Seal of Approval.

The product itself is a 10.5 tog double duvet that is made of 100% pure cotton and consists of a synthetic material for filling, which makes it light but ensures you stay warm.

If you are concerned that having a duvet may make you feel too hot and uncomfortable while resting in bed, this duvet is the solution. Its highlighted feature is its hi-tech temperature regulator which is uniquely designed to absorb heat from the user’s body when they are too warm and release it when they are too cool. The breathable fabric is meant to ventilate to provide comfort all through the night. The comforter is also designed to be used without a cover if the extra layers are too much.

Furthermore, the entire thing is machine washable and can be tumbled dry, making it convenient to clean at a moment’s notice.

This duvet is available in tog 10.5 tog and 13.5 tog for colder nights. What allows it to provide warmth while maintaining airflow is its 100% hollow fiber interior, microfiber exterior, and specially constructed airmesh walls.

This should feel great during a cold winter holiday!

Duvets are a great bedding accessory. This invention by Paul Rycant keeps you warm and comfortable which, in turn, can help improve your night’s sleep.

Although historically expensive, prices have come down and they are relatively affordable nowadays. This is thanks to the use of synthetic alternatives to down feathers. These newer materials still keep the duvet soft despite the use of the alternative materials, if not even softer.

As bed covers go, a duvet is typically lightweight and they come in a variety of designs and patterns, which add some flair to your bed. Consider adding these items to your bed linens for a great night’s sleep! 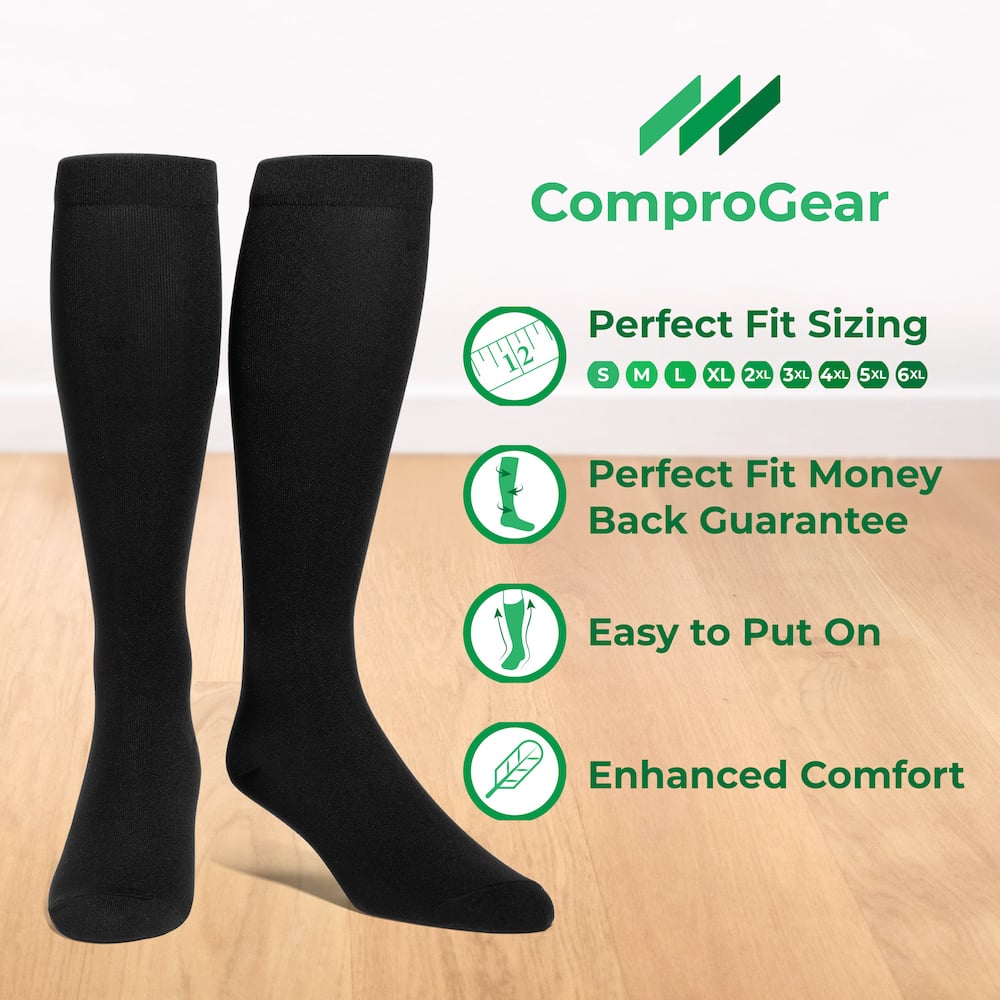